I think it’s time for the world to know that my husband did a boudoir photo shoot.  If you’ve met him, this probably doesn’t come as much as a surprise.  If you haven’t, then you don’t know just how odd my seemingly normal husband truly is.  Regardless, let me explain how this all came to fruition.

Phil had joked around with me for well over a year about doing a boudoir photo shoot with our sister-in-law, Kade, who owns KBG Photography.

One day he stepped up his game and mentioned his lifelong dream to our sister-in-law.  She looked uncomfortable, had some nervous laughter, and said things like “Oh gosh” while blushing and trying to avoid the conversation.  I’d say broaching the topic went well.  It then became an ongoing joke for the whole family for several months.

Until it wasn’t anymore.

You see, Phil is really difficult to give gifts to and when he says he doesn’t want or need anything, he actually means it.  Gift giving is a strong love language for me, so this is difficult to accept.  So as his birthday approached two years ago, it dawned on me; the only gift for him was the gift of a photoshoot.  I contacted my sister-in-law and she, surprisingly, was on board (bless her and her eyesight).  I arranged for my parents to watch the kids one afternoon, blindfolded Phil, and drove him to KBG’s studio. 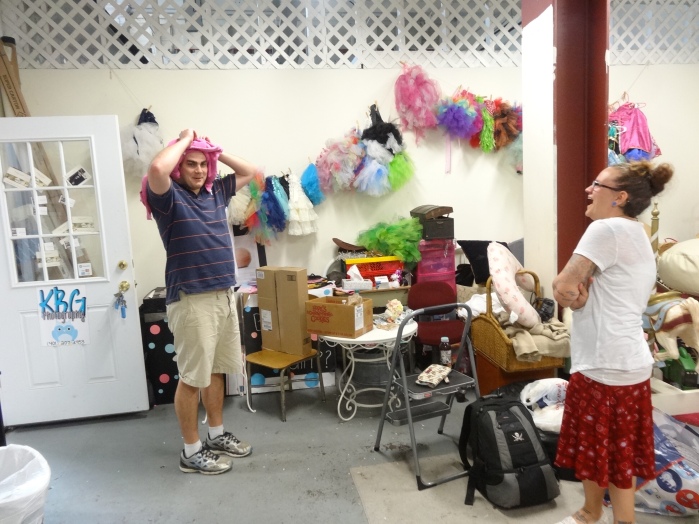 The only people that knew what were going to take place were Kade and me.  The shoot was awkward to watch, to say the least, but it was clear that Phil was enjoying making a complete fool out of himself.  Until recently, the photos from the shoot have been fairly well hidden.  You see, Phil has a very unique relationship with my family.  For whatever reason, when he first concocted this photo shoot idea he would tell my mom it would be all for her.  You’d really have to know him to realize how non-creepy this is.  Phil and I came up with this idea that we would enter my parents’ house when they weren’t home and replace photos around their house with those of Phil.  The only glitch in our plan was our lack of follow through.  As Mother’s Day approached this year I realized I was yet again at a loss for gift ideas.  Then it dawned on me!  We can put our plan in action!  It’s the gift that can keep on giving!

A CVS photo order and several dollar store frames later, and we were ready!  My parents were at their summer house, so we had the place to ourselves.  We traded photos of their grandchildren for photos of Phil being a maid caught in action and photos from father-daughter dances for Phil acting like a ferocious cat.  All in all, it was a great time with a lot of laughter.  And then we waited.

My parents came home a day and two days later, and the first home didn’t mention it to the second.  They were equally in hysterics and mortified.  And yet the photos, months later, are still where we put them.  I like to think it’s because they haven’t found the frames I hid in their house and try not to think of them enjoying their new décor.

But, like I said, this is the gift that keeps on giving.  My family recently had a birthday celebration for all summer birthdays.  I almost always get a new pair of shoes or sneakers from my parents, so I had no clue what to expect when I was handed a squishy gift bag.  And then I saw it.  A blanket.  With photos of Phil.  Lots of photos of Phil.  All over the blanket.  What a cuddly sight.  To make matters worse (better?), my parents are now officially old, as they turned 60 this year, and managed to design the blanket on a camouflage print thinking that it was leopard print.

Don’t worry, my parents didn’t forget about Phil’s birthday.  They had a blanket made for him full of photos of their dog, who I’m convinced only has one person that likes her (spoiler alert: it’s my mom).

My kids gave him a dinosaur and a box of cereal for his birthday this year and I gave him the book “Dragons Love Tacos” in Spanish and a gift subscription to Rosetta Stone to learn Mandarin Chinese so he can “take over the world”.  You be judge of who gave the best gift this year. 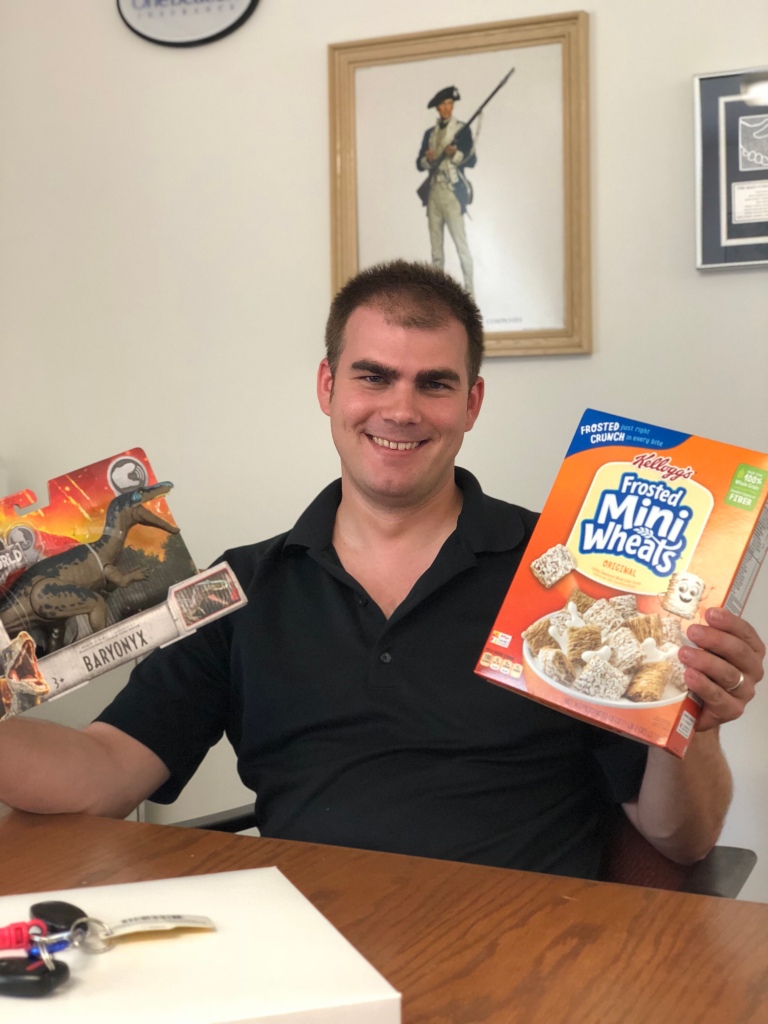 So, there you have it; a photo shoot birthday surprise turned Mother’s Day/ Father’s Day redecorating event turned I can always be wrapped in my husband’s arm blanket birthday gift.

And now it’s game on.  Let me know your ideas on how we can turn this “joke” into an even better present for my parents in the future.

One thought on “The Gift that Keeps on Giving”