There’s a lot of things I can’t stand about my husband.  There are some things that might seem like minor quirks, while others are more monumental and really propel me into a mode of reflection.  It makes me nuts when he cleans a toilet but doesn’t bat an eye at the adjacent sink with dried toothpaste.  It drives me up the wall when he mentions something that happened “the other day”, which means it can range from anywhere from the present moment to roughly seventeen years ago.  I hate how he messes with me and will intentionally put things away “the wrong way” just so he can sit back and see how long it takes me to figure it out.  I hold my breathe when he’s meeting someone for the first time because he doesn’t have a filter and I never know if the person will understand his sense of humor (let’s be honest, this happens every time he speaks).  I fake laugh as he obsessively talks about how much he despises our cat, while watching him simultaneously cuddling her and brushing out her matted fur.

Want to know what really takes the cake though?  I absolutely, positively, without a doubt cannot stand the type of parent he is.  He’s always having fun with the kids, he rarely ever yells, and he genuinely enjoys even the most boring of tasks with them.  He doesn’t get annoyed when our son asks his fifteenth question within thirty seconds or when the kids are literally jumping on him before the sun is up.  He reads whatever books they pick out for bedtime, even if it’s the longest book they have on the latest of bedtimes.  He includes them in whatever he’s doing, from cooking, cleaning, building, fixing…you name it, he finds a way to slow down and be patient with them.  He laughs at the kids’ jokes even when they aren’t even remotely funny (Why did the chicken cross the road?  Because something stepped on him!).   If he has an opportunity to pick out our daughter’s clothes, he’ll always find an excuse to include clothes with kitties on them and turn himself into a cat-loving hero.  He teaches them helpful skills and provides them with loads of knowledge and experiences.  He’ll throw naptime to the wayside in pursuit of a fun day out. 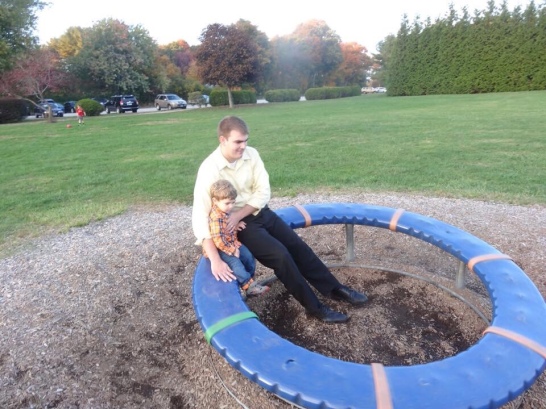 Maybe you’re sitting there thinking, “These all sound like positive qualities.  This lady is certifiable.”  While I won’t argue with the latter, take a minute and think about how all his good qualities make me look.  I can’t fake the kind of parent he is for a full twenty-four hours, let alone actually be that parent.  I’m equal parts jealous and inspired by his ability to seamlessly take care of the household, two kids, and me. Oh yeah.  That’s the real kicker.  Not only does he do all sorts of stuff for and with the kids that I admire and wish I was able to do, he then has the gall to go ahead and be a good husband too.  Like, was it not enough that he’s better than me at everything else that he also had to go and one up me being a spouse?  While I was in the throes of post-partum depression we got into this routine where he would get up with the kids in the morning while I laid in bed for a bit.  While it’s not necessary anymore, you certainly don’t hear me complaining about the routine and the couple minutes of kid-free time each day.  Let’s not forget how he makes them breakfast and will make me my favorite kind of eggs and have them sitting on the table with toast and a drink when I decide to stroll on downstairs.  Sure, he isn’t the best cleaner.  But he’ll almost always remember to clean something if I specifically ask for his help and he’s dang good at doing the dishes every single day because I abhor sponges. 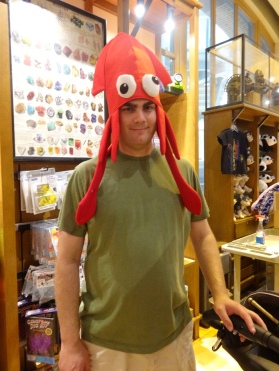 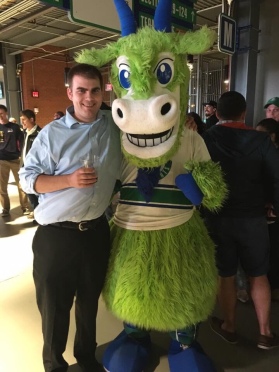 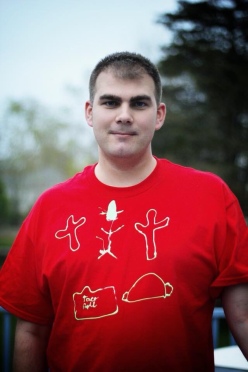 Some of my favorite pictures of Phil

Seriously, I can’t stand him.  Here I am in all my yell at the kids, look forward to naptime, find an excuse not to vacuum glory, and he’s over here supporting me, encouraging me, and constantly trying to find ways to make my life easier and provide me with everything I want.  I feel so inferior to him.  How can a person support another emotionally and financially through graduate school while also knowing, and encouraging, that that person plans to be a stay at home mom indefinitely?  How can someone go to work all day long and then be perfectly fine passing by their spouse in the doorway as he gets home so that she can go out to dinner with friends?  How can someone do all these things and yet truly harbor no resentment?  How can someone spearhead bedtime for the kids and then still go through the routine of his wife’s bedtime too?  And with minimal complaints. When he goes on a business trip I can hold down the fort without a problem, but that doesn’t mean I’m looking forward to the early mornings, long days that drag into “I need a drink” bedtimes, and the nights on the couch afterwards with no one to talk to.  For the days he is gone, I meticulously plan out our time to help it flow from one day to the next.  And then there’s what Phil would do.  Let me back up a bit… I have a friend that moved about twelve hours away a couple of years ago.  I have gone to visit her a few times, but it has been almost two years and I knew we had to make it happen this summer.  Flying the four of us down there wasn’t in the budget this year.  I went back and forth trying to decide if I should go by myself or if there was another alternative, because I wanted her to see my kids and I want my kids to know her as they grow up.  I finally convinced him to do the drive, despite him telling me years ago that we will never drive long distances again and it being my friend, with there really being nothing in it for him.  We had the outline of the trip planned for a few months, complete with stopping overnight to visit with another one of my longtime friends on the way.  A couple of weeks ago he casually mentioned him driving home with the kids and me flying home afterwards.  I dismissed his suggestion, thinking he was completely off his rocker for willingly volunteering to drive with our two monsters in the car for over twelve hours (and I also knew he was motivated by not having me the car.  If you think kids in the car are bad, you should try traveling with me).  He then mentioned it the next day.  And then asked if I looked up flights two days later.  And then a day after that asked if I had a game plan.  By the fifth time I realized he was serious.  I eventually did book a flight.  So while I dread the couple of times a year he’s gone for work for a few nights (ya know, that thing that pays our bills and the absurd amount of kid clothes I purchase), he’s over here encouraging me to have a couple of days alone with my friend while he drives home with the kids, takes their suggestions for activities without having everything planned out down to the minute, and skips their nap to pick me up at the airport.

Do you see why I can’t stand him?!?  I will never be as good as a parent or spouse as he is.  For all the crap I give him, he truly is amazing and does everything he can for the kids and me, even when I don’t reciprocate even a fraction of what he gives.    P.S.  I was just informed that while he was at the grocery store earlier today that he picked me up some brussels sprouts.  While this may seem odd, I presume it’s because I made a comment before we left for our road trip about how I was excited for some brussels sprouts I had bought that I forgot to make and had to throw away.  There he goes being a good spouse again.

2 thoughts on “Why I Hate My Husband”